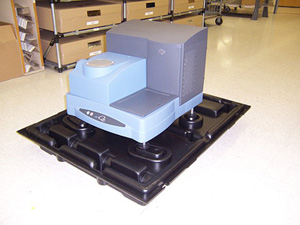 Metal parts and components have their place for sure, but they also have their pitfalls… Metal parts are heavy, require coating, plating, or painting to protect from corrosion, often difficult to replace and expensive as well.

Many industrial and commercial parts originally and traditionally formed in metal are now being formed in plastic. Consider the potential benefits;

Investments in new equipment helping to propel SSI into the future.